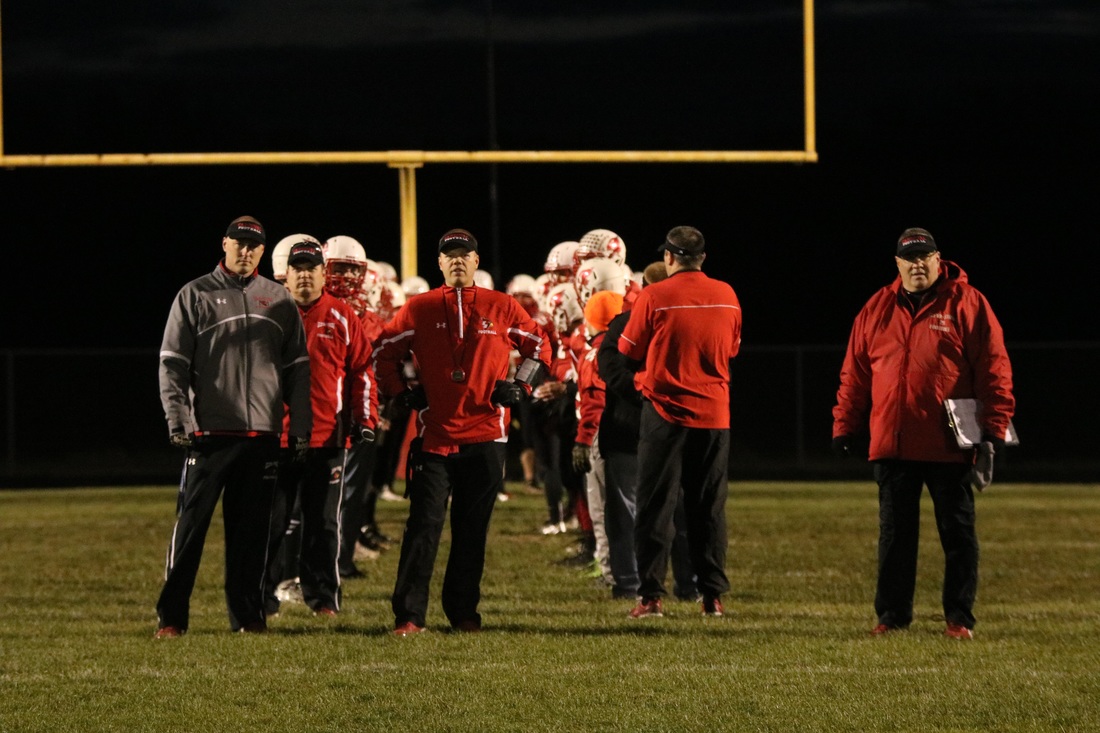 Head Coach Chad Hanson graduated from Eleva-Strum High School and played football under Wisconsin Football Coaches Association Hall Of Famer Dick Salava. He began his coaching career in 1998 where he coached middle school football for three years. He then accepted an assistant varsity coaching position at Eleva-Strum. After graduating from the University of Wisconsin-Eau Claire he was offered a position to be the head coach at Greenwood-Granton. He was awarded Packers coach of the week in September of 2010 and led Greenwood-Granton to a State Championship victory in 2011. In 2012 the opportunity to coach at his former high school, Eleva-Strum, was too good to pass up.  In 2014 and 2015 the Cardinals won back to back Dairyland Conference championships (only second time in school history).  He has been selected to be an assistant coach for the WFCA all-star game the summer of 2016.  Chad currently lives in Eleva with his wife, Lisa, and two daughters, Adeline and Greta. Hanson also teaches 8th grade social studies and high school history courses. Coach Hanson also serves as a junior high girls' basketball coach and junior high track coach.

Tyson Gullicksrud graduated from Eleva-Strum in 2011 and played for Coach Behm from 2007-2010. He graduated from CVTC in 2013 and continues to work for Hamlin Valley Farms and Robbe’s Family Market. Tyson has lived in the Eleva-Strum area his whole life and now lives in Strum with his wife Stephanie and son Isaac.

Tony Market graduated from Winona Cotter High School and went to college at UW-Stout, where he majored in Art Education. Tony began coaching middle school football, basketball and track at Alma Center Lincoln before coming to Eleva-Strum. At Eleva-Strum, Tony serves as a high school assistant coach. Tony is the middle school and high school art teacher at Eleva-Strum. He is married and has 3 children, Grace, Evelyn and Grant.

Mike graduated from Eleva-Strum in 1996 and played for Coach Salava from 1992-1995. After high school, Mike attended Mount Scenario College in Ladysmith where he played football for the Mount Scenario Fighting Saints. Mike previously served as a statistician and the Football Booster Club President. 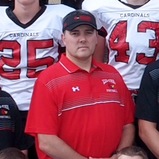 Coach Marco has volunteered for Cardinal Football since 2014. After graduating from Holmen High School, he obtained his Physical Education degree from UW-La Crosse and then his Computer Management Systems degree from UW-Whitewater. Coach Marco moved to E-S in 2000 where he resides with his wife Dana and three sons, Ben, Nich and Zack. Coach Marco has worked for Phillips Medisize Corporation in the computer department since 1998. 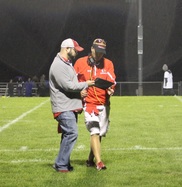 Scouting Coordinator Ben Zwiefelhofer graduated from Eleva-Strum in 2000 and played for Coach Salava in his final season of 1998.  He was  freshman when Coach Skoug and Coach Hanson were seniors.  He graduated from UW-Eau Claire and after spending time in Neillsville, Dodgeville, and Verona has settled down and now lives in Eleva with his wife Staci and daughter Daphne.  He works for the USDA-Natural Resources Conservation Service.  During the season Ben is responsible for running the program's HUDL scouting software which involves uploading game video and play information that proves integral in the preparation of the next opponent.  Information is also used to breakdown tendencies, correct mistakes, and spot successes on the field.  The players and coaches have instant access to this video/information and can access it on a variety of different devices (i.e. tablet, laptop, smartphone).  Ben uses his past experience with the Leader-Telegram stats department to assist Mike Ausen with defensive stats. Finally, Ben serves as get-back coach and makes sure the coaches and players are not on the field during games. 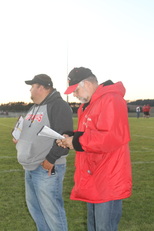 Jamie (left) graduated from Eleva-Strum in 1997. 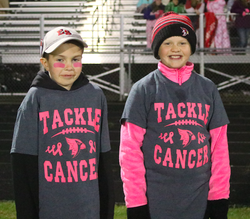 Adeline (right) has served as a game day manager since 2015.  She shares game day superstitions with her dad head coach, Chad Hanson.

Brennan (left)has served as a game day manager since 2015. Brennan provides the fans with entertainment after the Cardinals kick off. Fans are amazed at his ability to eat a variety of items (popcorn, cotton candy, etc...) as he is running onto the field to grab the kicking tee.